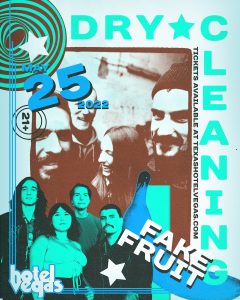 Shaw extracts the most immense meaning from the most trivial things; on ‘Scratchcard Lanyard’ air fresheners become mighty oaks, and Instagram filters become exotic destinations. She peppers the songs with a thousand tiny details, little witty asides about supermarkets, cupboards, beauty products and body parts add up to sonic landscapes that teem with the strange magic of ordinary life. 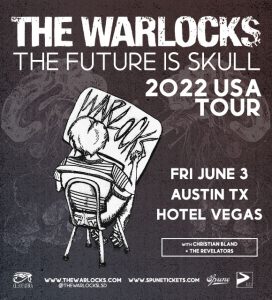 “Creamy, dreamy, glass breaking-style storytelling” is how Bobby Hecksher describes the psychedelic-rock sound of The Warlocks’ tenth full-length studio album, The Chain, which is to be released April 3, 2020, on Cleopatra Records. 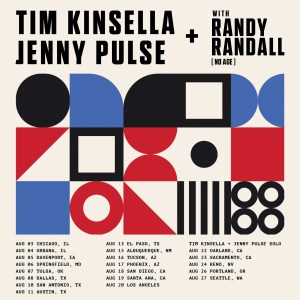 Tim Kinsella released albums & toured at a steady clip for 25 years, his most well-known bands being Joan of Arc, Cap’n Jazz & Owls. Jenny Pulse is an electronic musician and producer who has released dance-oriented pop songs under her own name & experimental soundscapes as Spa Moans.

Collaborating since 2018, the married duo released two albums & toured as Good Fuck, making a practice of writing & recording in remote locations far from their Chicago home, including The Berkshires, the New Mexico desert, & a medieval city-center near Italy’s southern coast. Through the first year of the pandemic they worked fast & loose, releasing monthly Bandcamp-only EPs. They then switched gears, spending 18 months concentrating solely on their debut album under their own names, Giddy Skelter, to be released in late 2022.

They continuously tweak both their recording strategies & live setup, always with the focused aim of inventively collaging the many musical histories that brought them together. The classic psychedelia of The United States of America (the band), the hypnotic riffs of Lungfish, the roughly collapsed fidelities of This Kind of Punishment, & the hardware-trance of Muslimgauze are all balanced thru a bias for minimal wave & cubist blues sensibilities. Their daily practice is studious & intentional so that its expression can be intuitive. Their ultimate intent is to shift perceptions—both the audience & their own—to reveal, to expand, & to deepen. 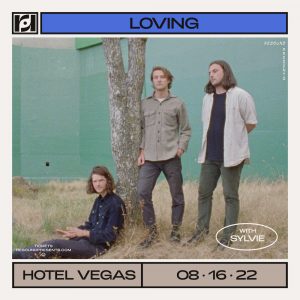 Loving is the musical collaboration of David Parry, Lucas Henderson and Jesse Henderson. The band formed by way of a long-distance recording project (Victoria – Toronto) that resulted in the creation of their debut self-titled EP. After the unexpected embrace of this work, the band reconvened in Victoria, BC to begin playing live shows and work on new material. 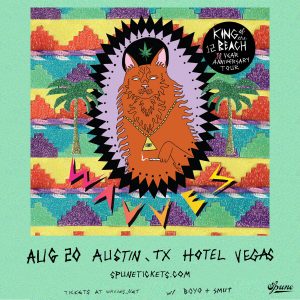 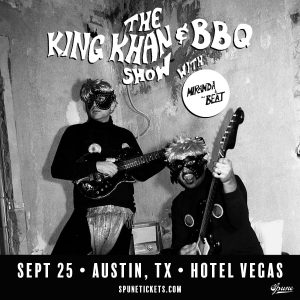 “‘The King Khan & BBQ Show’ is a real band. Sure, their sense of humor is dirty, often subversive, and their costumes ridiculous. But the seriousness of their love of music as holy communion should never be taken lightly. They live a lifestyle of pure love for the genre of rock’n’roll, respecting and understanding its basic tenets, while themselves recognized as lifers, representatives of what they see as an important legacy. They cut their teeth together in Montreal’s ‘The Spaceshits’, a lightning fast rock’n’roll band formed in 1995, and have toured and paid numerous dues since, sacrificing their minds, bodies, souls, friends, family… All for love. 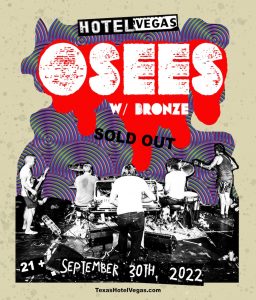 Psych-punk psychic warrior, ear worm-farmer, and possessor of many stamped passport pages John Dwyer does not let up. His group Oh Sees (aka Thee Oh Sees, OCS, The Oh Sees, etc) have transmogrified to fit many a moment – from hushed druggy folk to groovy demonic pop chants to science fictional krautrock expanse and beyond – to suit his omnivorous whims. It’s common knowledge however, that at their shows, you’re there asking for a beating. 20 years going and the shows keep getting more and more intense, as many a soupy swarm can attest. The locked-in Rincon/Quattrone drum cops propel masses of strangers to froth and lean into each other as the insistent and repetitive underpinning tumbles nimbly from Tim Hellman’s bass. Meanwhile John ricochets breathy yips and snippets of synth and all manner of guitar heroics around your brain canyons while your reptile instincts yell “move”. Brain-stem body rock meets cerebral expanses, and their now du jour prolifically feeds a labyrinthine garden of well-hewn tunes.